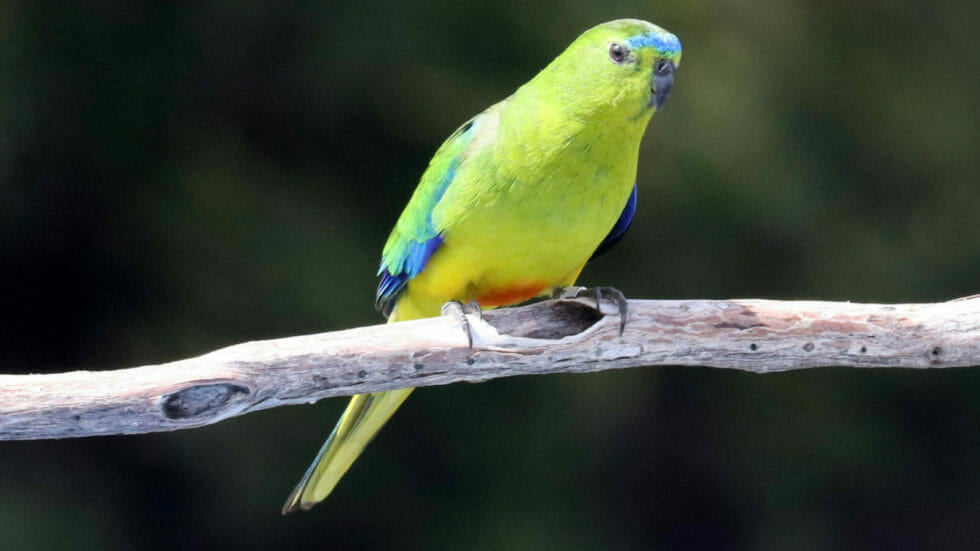 Birds of the Southwest

The diversity of bird species inhabiting our Southwest wilderness is just of the many marvellous characteristics of the area. Visitors are often astounded by its abundance of wildlife, with many citing it as one of the main highlights of their visit. To provide you with further insight into those populating our Southwest skies, and waters, we’re now going to tell you a bit more about three of our favourite friends…

Although this species usually resides much further south, on the odd occasion, one or two of these sub-Antarctic birds will grace our Southwest shores. This elegant waterbird visited our shores this season, landing at Stephens Bay to undergo its annual feather moult. Unlike most bird species, who have the luxury of moulting gradually, over a long stretch of time, penguins experience what is called a “catastrophic moult”, losing all of their feathers in a short 3-4 week period.

Feathers play an important role for these waterbirds, providing them with both the insulation required for spending enduring times in the freezing, sub-antarctic waters, and the buoyancy that allows them to quickly return to the surface; therefore, if they entered these waters without their natural dry-suit, they would put themselves at risk of hypothermia or drowning. To avoid these dire consequences, penguins have adapted to come ashore for the duration of their moult and are very relaxed, hence our lucky encounter. Although it is not unusual for penguins to surface to moult, it is extremely rare for King Penguins to be this far north, with their usual habitat being in the sub-antarctic waters, so we feel extremely lucky to meet this little guy!

This magnificent raptor is the second largest bird of prey in Australia, just centimetres behind the wedge-tailed eagle. Although to the naked eye, they appears very similar to other eagle species, the white-bellied is not a true eagle. Because of their lack of feathers extending all the way down their legs, they are more like a large hawk. This adaptation, however, is vital for their successful collection of prey, with their main source of food located in the water. They feed on an assortment of sea-life, including and range of fish and bird species. In the Southwest, our sea-eagles favour pufferfish, couta, short-tailed shearwaters (particularly juveniles from the breeding colonies in autumn), and even fairy penguins. Sea-eagles build massive stick nests, usually in large trees and occasionally on sea cliffs. These nests can be used for many decades and become several metres high. The white-bellied sea-eagle species resides around the Australian coastline, in major inland waterways, and as far afield as India, Southeast Asia and New Guinea. As we explore the waterways of Port Davey, this magnificent species is one of our most common sights – a dream for any avid birdwatcher.

This beautiful bird has gained a lot of attention in recent years due to its declining population. They are a migratory bird, breeding in Melaleuca from October to March, before heading to Victoria and South Australia for the winter. The orange-bellied parrot – known by most as the OBP – is a specialist species which has evolved to take advantage of a range of seeds available from a variety low growing plants in the extensive buttongrass plains covering the Southwest. It is well-known that the parrots have a preference for younger vegetation. It is theorised that this preference stems from the aboriginal burning practices creating a mosaic of vegetation age classes. Early explorers and tin miners at Melaleuca continued to use fire and this is why Melaleuca has become a favoured spot for the species. Controlled habitat burns are now conducted by the Parks and Wildlife Service to ensure OBPs have plenty of their preferred foraging ground. Once more widespread throughout the coastal areas of the Southwest, the OBP is now restricted to the Bathurst Harbour and Port Davey area, with all known breeding occurring only near Melaleuca. In recent years the wild breeding population has declined to fewer than twenty individuals, and in one year there was only three females.

Not surprisingly, the OBP has long been the subject of conservationists’ efforts, with all involved doing their best to save it from extinction. This work is coordinated through the Recovery Team, comprised of representatives from government agencies, as well as experts on the species’ ecology. One who has done a considerable amount for these precious birds is Ornithologist, Mark Holdsworth. Mark ran the Tasmanian conservation program for over 20 years, with his commitment and contribution to the cause landing him a nomination for Australian of the Year in 2014. He is a long standing member of the recovery team and continues to support volunteer programs, raising funds for the cause and educating the public. We were extremely excited to hear, after speaking with Mark, that combined with a good breeding season and the addition of some captive-bred OBPs, a predicted 118 OBPs are presumed to have departed from Melaleuca this season, migrating north. With these numbers two to three times higher than we’ve observed in the last 10 years, it appears that things may be finally looking up for the OBP. We can only hope that, next season, they make a healthy return and have even better breeding success.

Only a few species were mentioned here today, however there is no shortage of birdlife in the Southwest skies. In the surrounding scrub and forests, the omni-present Tasmanian scrubwren can be found along with the stunning pink robin, magnificent yellow-throated honeyeater and the beautiful firetail. The buttongrass plains are also home to the musical, striated field-wren, southern emu-wrens (doing their best to be heard but not seen) and ground parrots appearing when you least expect them. Around the waterways we can catch fleeting glimpses the brightly coloured azure kingfisher, sooty and pied oystercatchers on rocky shores and beaches, black-faced shags on rocky outcrops, and short-tailed shearwaters in their thousands. The Southwest provides a unique opportunity for bird-lovers to have some close encounters with our feathered friends.

Click on the following links if you’d like to hear more about the Southwest region or Mark and our other expert guides.